These are some of the projects I’ve had the pleasure of working on. You can also check out my own mobile games. 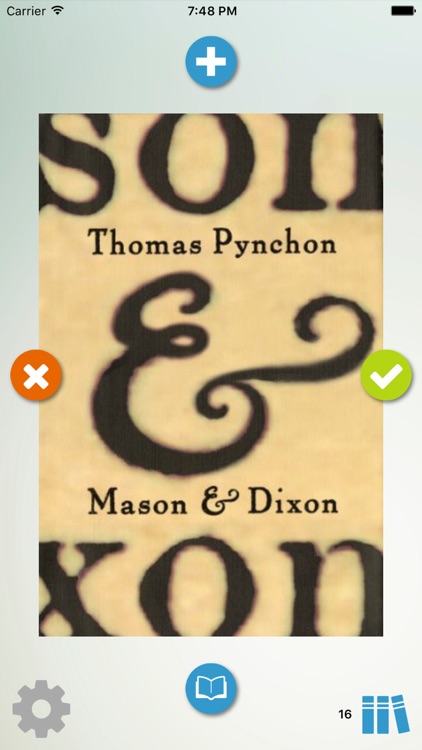 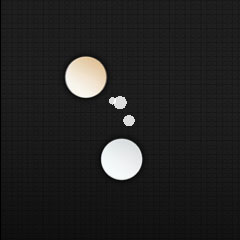 K235 is a minimalist, physics-based musical instrument, combining device capabilities such as the accelerometer with button presses and sphere collisions to construct musical compositions from built-in sound sets. 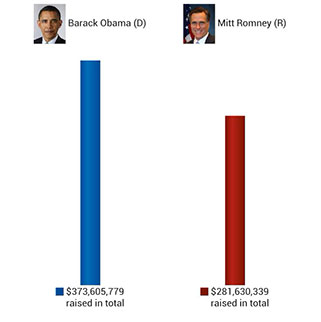 Politicash 2012 was developed in the run-up to the 2012 U.S. Presidential Election. The app provided constantly-updated information about campaign contributions to the Democratic and Republican presidential campaigns using data gathered by MapLight. 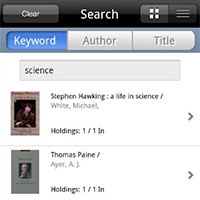 The Library World search app is designed to allow patrons to search any of the libraries supported by Library World's online service. The cross-platform app allows users to search by keyword, author, or title. Listings can be added to the app's "clipboard" for offline viewing/reference. With the version 1.1 update, patrons can also submit hold requests if the library they are searching has enabled that feature.

One Button Bob started life as a web-based Flash game. I was responsible for porting the game to mobile using the Corona SDK. This included porting all of the ActionScript code, extracting all graphics and audio assets from the original source Flash file, and prepping these assets for use with Corona. 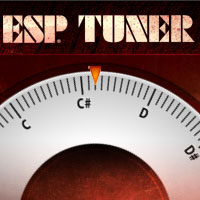 Developed version 1.0. The first app to leverage the tuner API of the Corona SDK. The app is now being maintained in-house; the version of the app shown above is no longer available. 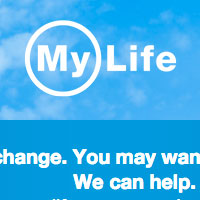 Web app for Lowe's employees to easily learn about the benefits available to them. 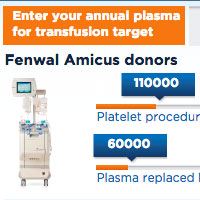 Web app designed to run as a web app on iPads so that representatives could demonstrate the benefits of Fenwal plasma collection machines at conferences and trade shows. 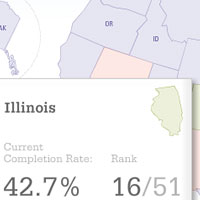 Web app developed as part of the launch of the College Board's Completion Agenda initiative. The College Completion Agenda was intendeed to help increase the percentage of American adults with a postsecondary degree to 55% by the year 2025. The web app lets visitors see how close states are to achieving that goal. It also compares the USA overall to other countries for which data is available. The web app also includes the "College Completion Challenge", which lets visitors test their knowledge of the various factors affecting states' ability to reach 55%. The app is completely data-driven, allowing the College Board to update the attainment data and show the latest progress. 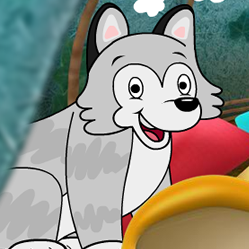 Part of the web site created for the APTN television series "Tiga Talk". I developed a set of four components featured on the web site and built with Adobe Flash using the graphics, animations and other assets created by Tactica. The "Backyard" is the "landing page", and lets visitors navigate to either "Tiga's Den", "Gavin's Pond", or "Gertie's Den", where children can practice their speech and language skills through a variety of entertaining games. The components are XML-driven, allowing the client to add/change questions as desired. ([Site</a> 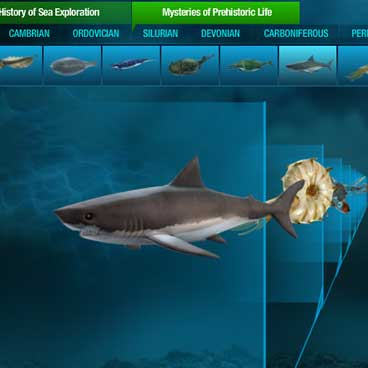 Part of the companion web site created for "One Ocean", a three-part documentary series on the CBC. The "Time Machine" allows visitors to learn about prehistoric ocean creatures, as well as the various exploration vehicles used to uncover the mysteries of the oceans. The Time Machine is a dynamic, XML-driven web app built in Adobe Flash using the graphics and other assets created by Tactica.